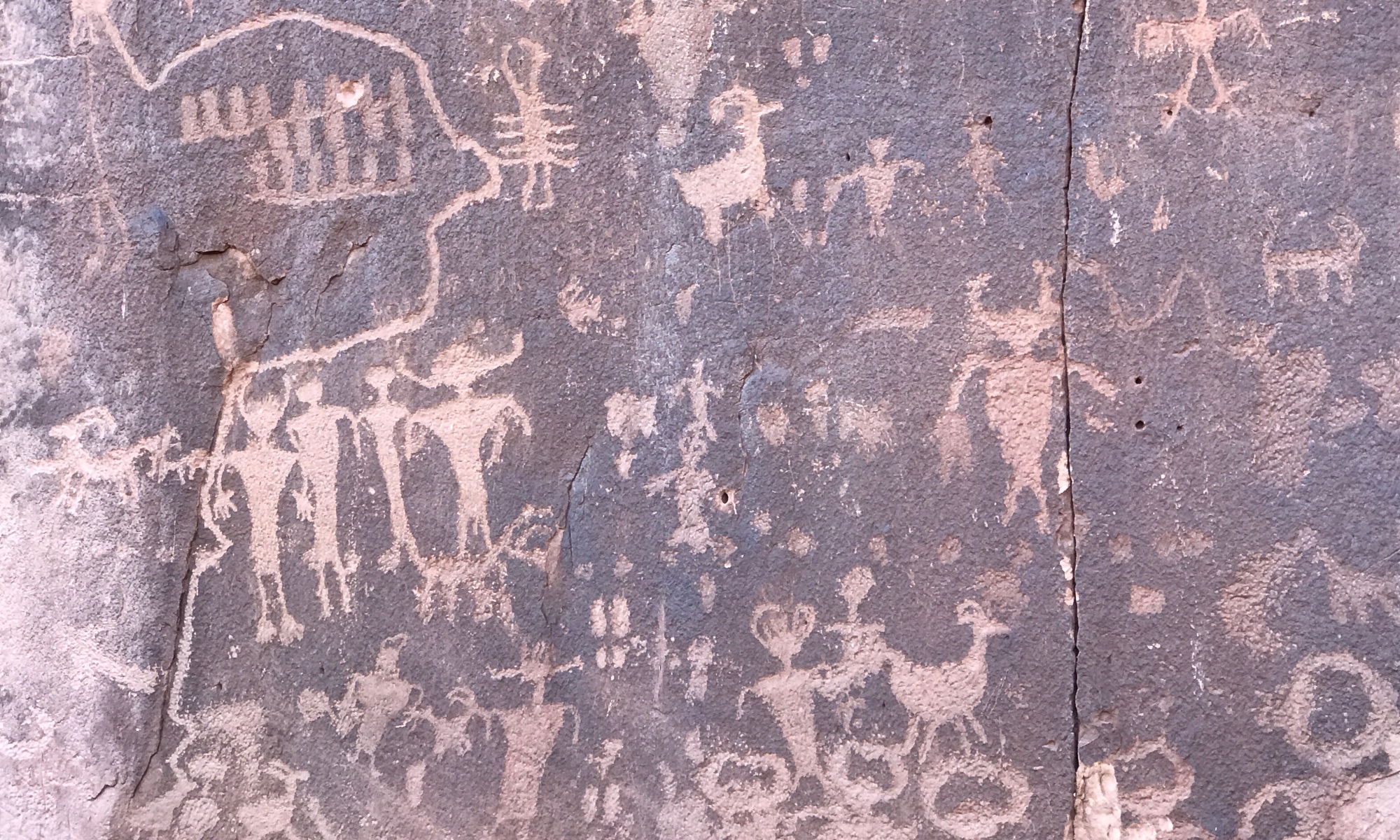 After Alex’s hike, we went into Moab and visited the Information Center…a veritable goldmine. What a seriously cool town…charming boutiques and some art shops, but this is first and foremost an outdoor person’s paradise.  There is every kind of sport you can think of…biking, hiking, camping, river rafting, kayaking, rock climbing…and a lot I’d never heard of. The town folk said there were only about 5,000 residents but they get 2 million tourists each year.

We found a wonderful guidebook to the ‘local’ rock art that contained directions for an auto tour — all within 10 miles of the city — that wound around the cliffs and river banks. Even with such a handy reference book, it was astonishingly hard to find them. I expected them to be larger and higher in the rocks so on the first pass through the winding trail, I didn’t spot them. Finally, we went up to a camping turnout and there they were…as advertised. Alex was game for climbing to good vantage points, and I’m betting we have enough photos to satisfy my obsession with the petroglyphs. Certainly enough to accomplish an informative ‘show and tell’.

It is quite easy to see why folks believe that these drawings portray travelers from outer space. You can imagine space helmets and craft, and many of the figures are certainly alien-looking. What is interesting, however, is that these same figures appear wherever these petroglyphs and pictographs are found in North America or maybe the world. The oldest images in the Moab area were likely left by “indigenous Archaic people 3,000 to 4,000 years ago.”

Archaeologists say that it is nearly impossible to precisely date the art left by ancient people. They study the subject matter — hunters with weapons, the animals they kill and sacred symbols and subjects; colors — mostly charcoal, dark reds and some white. Some images appear to be seasonal rituals like a successful hunt. Others may depict a birth or death ritual…or they might even be clan symbols.

We found one piece of information in the guidebook especially interesting: it suggests that the best way to interpret why an image appears in a certain place is to turn around and see what IT is looking at. Does it face the mountains? Or face a landscape feature like a balancing rock, or a symbol to guide a visitor to a water source. Alternatively, an image could invite or warn visitors to stay away. The symbols, we are told, do not constitute a written language. Archaeologists may provide some insight or suggestions, or at least a starting point for speculating what the ancients were trying to communicate — but even they acknowledge this is a true exercise in creativity and imagination.

Or — perversely — the images might simply be pleasing designs that they enjoyed and have survived the ravages of time to drive us nuts trying to interpret them.

Here are some photos of the locations where we found the art…and I’ll post some of Alex’s best shots of this excursion at the end. 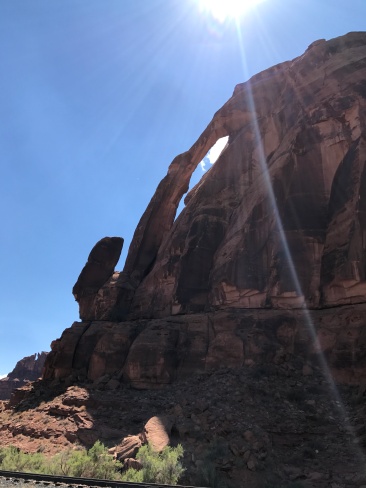 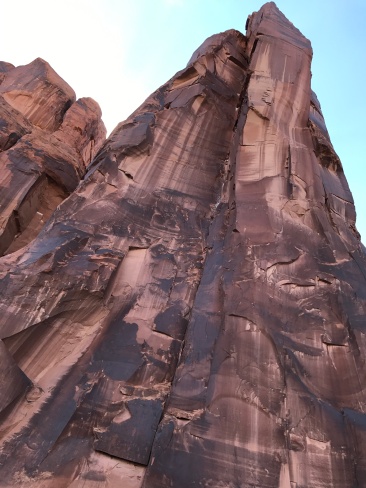 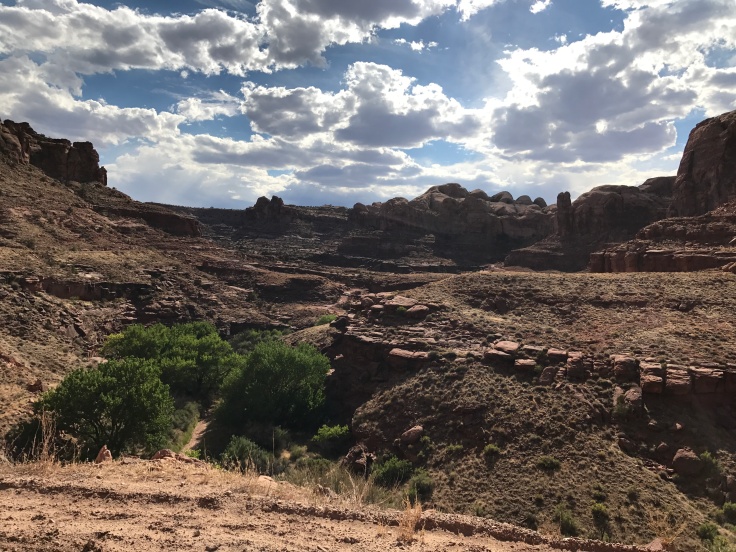 Just for fun, look at the top right photo…what faces and/or critters can you see?